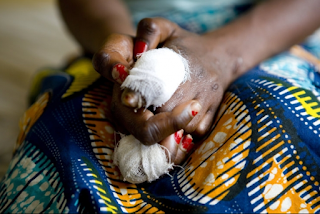 Brazzaville, 5 January 2015 – In the African Region, one in five girls have been sexually abused during childhood, with estimates from some countries placing that proportion closer to one in three. This startling statistic is highlighted in the newly released Global status report on violence prevention 2014.
The report – the first of its kind – features data collected from 27 countries in the African Region and around the world. It highlights some of the key strategies for preventing sexual and intimate partner violence by promoting gender equity, creating a climate of non-tolerance for violence, and starting prevention efforts at a young age.
According to the report, intimate partner violence is a significant social and public health problem affecting 36.6% of ever-partnered women in the African Region.
Read the full press release here