How to save the lives of newborns in Africa 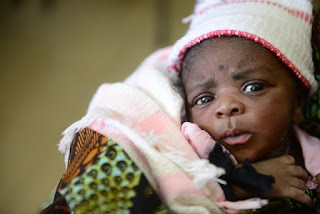 Brazzaville, 17 December 2014 - According to a new WHO report, one third of all neonatal deaths occur in the African Region. Approximately three quarters of these deaths occur during the first week of life and almost half within the first 24 hours.
The first 28 days of life, called the neonatal period, is a very risky period for babies. For every newborn baby that dies, another 20 will face illness or disability from conditions such as birth injury, infection, the inability to breathe normally after birth, neonatal tetanus, congenital anomalies, and the complications of premature birth.
Too many babies are also being born to mothers who have not had adequate nutrition and antenatal care during pregnancy and who were not given skilled care during the birthing process. These mothers are at the greatest risk of dying during or after delivery – leaving newborns at an even greater risk of dying from inadequate care and suboptimal feeding practices.
According to statistics, quality care with simple, accessible, cost–effective interventions can prevent up to two thirds of all neonatal deaths. One method that has worked to reduce neonatal deaths in the African Region is kangaroo mother care (KMC). KMC is caring for preterm infants by carrying the baby skin-to-skin, usually by the mother.
Read the full press release