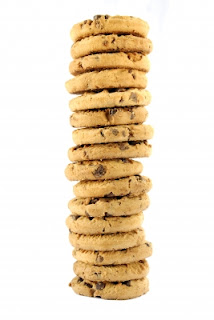 A new inclusive study published by the British Medical Journal investigated the link between sugar consumption and the effects it has on weight gain.  The conclusion of the study found that weight loss could be achieved simply by reducing one’s daily sugar intake.

"Some research suggests that sugary drinks make it harder for us to regulate the overall amount of calories eaten and a regular intake may be a factor contributing to obesity in children,” according to the British Diabetic Association.

Refined sugars and other highly processed carbohydrates are known spike insulin levels that are associated with type 2 diabetes as well as more difficult weight control.  The findings also suggested that the taste of sugar promotes further overconsumption thus further complicating its effects.

The World Health Organization (WHO) recommends that added sugar intake should be limited to a maximum of 10% of total energy intake.  Natural carbohydrates that are found in fruits and vegetables should make up the vast majority of the requirement.

Sugar is also associated with inflammation in the body, tooth decay and many other nutrient deficiencies.  The inflammatory link is the suggested connection to health conditions such as heart disease, type 2 diabetes, obesity and even certain types of cancer.

Robert Lustig, a professor of pediatrics at the University of California and a well-known dietary sugar researcher believes that sugar is addictive despite counter claims by sugar lobbyists.

"There are five tastes on your tongue: sweet, salty, sour, bitter and umami”, he explains. "Sugar covers up the other four, so you can't taste the negative aspects of foods. You can make dog poop taste good with enough sugar."

Dr Alex Richardson, a senior research fellow at the University of Oxford and director of the UK charity Food and Behavior Research, agrees with Lustig.  He says that there is too much sugar and processed carbohydrates in our food system.

"We find that highly processed foods are making up massively more of children's diets. Things like cakes, biscuits, snacks and crisps.”

"Fruit and vegetables are so vital for children. They provide essential vitamins and minerals, but so often a third of a plate of child's food is sugary rubbish and a small amount is veg or fruit,” she adds.

The vast majority of sugar that is consumed is hidden in different forms to confuse the consumer.  The devastating effects of sugar are becoming well known and manufacturers are devising new ways of diverting one’s attention away from the sugar content.

Sugar can be listed under other names such as sucrose, glucose, fructose and maltose on the food label.  These are the chemical names of the different forms of sugar but require the consumer to know that information.

The marketing of processed food items revolve around added, removed or fortified nutrient claims.  “No Cholesterol”, “Low Fat” and “No Sugar Added” are common claims to facilitate a sale versus health.

The leading stream of sugar consumed is found in soda. Many brands of soda contain approximately 28 g of sugar per 8 oz. serving and contain caffeine that is a known diuretic.  Diuretics can dehydrate the body and contribute to inflammation in the body.

Refined sugars and processed foods are not a sign of prosperity; it’s a sign of large medical bills in the future.  Cut the sweets, don’t drink sugar-laced products and add plenty natural fruits and vegetables.