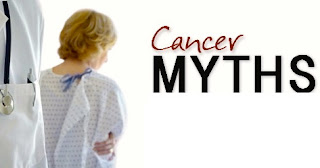 World Cancer Day is being celebrated on 4 February 2013. Each year the World Health Organization (WHO) supports the International Union Against Cancer and promotes ways to ease the global burden of cancer.

The WHO statistics show that cancer claims more than 7.6 million people annually; ranking it as one of the leading causes of death. About 70 percent of all cancer deaths occur in low- to- middle-income countries. Deaths from cancer worldwide are projected to continue to rise to over 13.1 million by 2030.

The deadliest forms of cancer include breast, cervical, stomach, colon and liver.  One-third of all cancer cases can be prevented through improving one’s diet, exercise and lifestyle habits.

Cervical and breast cancer account for over 750,000 deaths each year with the vast majority of deaths occur in developing countries.

The American Cancer Society reports a record one million new worldwide cases of stomach cancer and 800,000 deaths per year.  Stomach cancer has been found to be the fourth most common type of cancer and the second leading cause of cancer death.

It is reported that 1 in 114 men and women are at significant risk of developing stomach cancer at some point in their lives.  Stomach cancers are especially prevalent in the African and Hispanic populations.

Cancer is a serious medical condition but it has wide-reaching social, familial, economic and has discrimination implications. If the current trends continue, cancer is expected to increase by 81 percent in developing countries.

The diagnosis coincidently is a cause and an outcome of poverty.  Cancer commonly affects an individual’s ability to earn an ongoing income but its treatment can cause complete financial ruin as well.

Cancer is skyrocketing in developing areas as they lack access to education, prevention techniques and healthcare access.  The rapid urbanization undermines national and international health resources and leaves people dying from the disease.

“Over 85% of the 275,000 women who die every year from cervical cancer are from developing countries. If left unchecked, by 2030 cervical cancer will kill as many as 430,000 women per year,” according to Union for International Cancer Control (UICC).

Cancers that were once thought to carry a death sentence are now being cured and most importantly prevented through advances in lifestyle education, awareness and prevention programmes.  The new treatment is actually prevention.

Improved education and access to preventative care is bringing improved cancer outcomes to patients.  A prime example is cervical cancer rates.  Access to pap testing and awareness has lowered cervical cancer mortality by half between 1990 and 2010 in the UK.

Cancer myth 4 - Cancer is my fate

Conservatively a third of the most common cancers can be prevented through lifestyle.  However, lifestyle will play an exclusive role in one’s overall health, energy and vitality.  Lifestyle can be the difference between developing cancer at age 40 or 70.  The difference is an improved quality of life.

Healthy lifestyles can substantially reduce cancers that are caused by alcohol, tobacco, unhealthy diet and physical inactivity. Simply by improving one’s diet, physical activity level and maintaining a healthy body weight could prevent a third of the most common cancers.