Businesses leading the fight against malaria 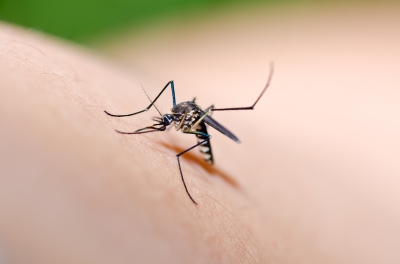 Malaria affects 3.3 billion people around the world, resulting in an estimated 655,000 deaths annually. Pregnant women and children are the most vulnerable but half of the world’s population is at risk according to the World Health Organization (WHO).

Malaria is an infectious disease transmitted by the Anopheles mosquito. This parasite-carrying mosquito causes flu-like symptoms and, in severe forms, death. Whereas most of these deaths occur in sub-Saharan Africa, there’s an urgent need throughout the world’s malaria zones to stop this preventable and treatable disease.

Even when the disease doesn’t kill, it still can wreak havoc on overburdened communities, governing bodies and economies in malaria-endemic countries. Malaria often affects school attendance, decreases worker productivity and drains household resources as families struggle to pay for treatments.

The United Against Malaria (UAM) partnership is building support for the United Nation’s Millennium Development Goals, which aim to eliminate malaria-related deaths by 2015. The group encourages businesses to play an integral role in the education, prevention, visibility and advocacy to end this deadly disease.

Malaria Safe practices such as educating employees and customers, encouraging regular mosquito net use, and promoting rapid diagnosis and treatment will lead to a malaria-free future.  Education must include teaching families and children as well.  Mothers and expectant mothers are at the greatest risk of severe complications.

Disparity between access and use demonstrates the important need for behavior change communication. To illustrate this point, studies across sub-Saharan Africa have found that within households possessing at least one insecticide- treated net, only 55 percent of children under the age of five were found to have slept under a net the previous night.

In this case, researchers identified the reasons why people chose not to use the nets––excessive heat, inadequate knowledge about malaria transmission and lack of string or manpower to properly hang the net.

A strong defensive strategy to fight malaria must center on prevention. Prevention is providing tools to enable families and employees to protect themselves from malaria and its effects. Such interventions may seem costly at first, but the long-term health and economic benefits far outweigh these initial costs.

As a basic guideline for protection against malaria, UAM recommends the distribution of two long-lasting insecticide-treated nets (LLINs) per employee. This standard typically provides two to five years of protection for a family, depending upon the size of the family and the type of net, the number of washings and the degree of care given.  The average purchase cost is USD 5 per net.

Some organizations have chosen to extend their net distributions to members of the community, providing string, nails and trained volunteers to travel house to house, assisting pregnant women and other vulnerable groups with the hanging of their nets.

Such deeds strengthen entire populations, create healthier workforces and minimize the risk of infection from mosquitoes.  As part of their corporate social responsibility and goodwill community efforts, some companies offer indoor residual spraying (IRS) as a supplement to net distribution as well.  IRS should be considered as part of a group of interventions and not as a stand-alone measure.

Insecticides used in IRS are safe for humans but lethal to mosquitoes that land on walls within the structure. IRS has been shown to significantly decrease mosquito and larvae populations, especially in communities where stagnant water is present, such as those near mines, farms or brick-making operations.

For decades, at risk communities have viewed malaria as an unavoidable part of life. By speaking out you may inspire others to life-saving action.