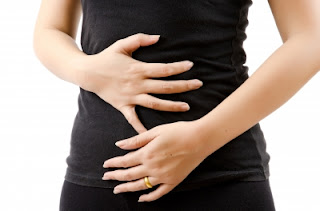 Recent medical research has demonstrated that preventative screenings for ovarian cancer do not significantly reduce the risk of death in women. Instead, frequent and early screenings seem to increase incorrect diagnoses.

Ovarian cancer is a particularly frightening form of the disease. It is much rarer than breast cancer, yet much more deadly. According to estimations by the National Cancer Institute, about 70 percent of women diagnosed with ovarian cancer will not survive the disease. While medical testing has helped many, it has also led to healthy people undergoing unnecessary procedures.

Early detection via traditional screenings is not the only cancer prevention method available. In a study published in the Journal of Clinical Oncology, UK researchers evaluated 1,110 women with moderate to high genetic risk of ovarian cancer. Of the total pool of subjects, only 13 malignancies developed. Ten were successfully caught using ultrasound and serum CA-125 estimation, two traditional screening methods. The other three malignancies were not detected until much later.

Dr. Diane Sterling of Western General Hospital, Edinburgh, reported the traditional testing methods to be “ineffective in detecting tumors at a sufficiently early stage to influence prognosis.” Simply, the tests were ineffective. These screening were not only inaccurate, they also elicited further testing and even unnecessary surgical procedures.

In all, 29 women unnecessarily underwent diagnostic surgery as a secondary preventative measure. None of the 29 women ended up having ovarian cancer.

Testing may have ‘poor predictive ability’

The researchers explained that, due to the poor predictive ability, both ultrasound and serum estimation failed to meet the accuracy standards of the World Health Organization. They added that they have a “particularly high false-positive rate in premenopausal women, leading to unnecessary surgical intervention.”

A critic of the study said that the research was “methodologically flawed.” In his review of the study, Dr. Ian Jacobs of University College said the study’s results may be correct, but the conclusions cannot be fully judged from the data collected.

An independent panel of 16 experts disagrees. The panel has been boisterous in opposing unnecessary screenings, but most recently cited a study published in the Journal of the American Medical Association in June of 2011.

The panel noted that about 15 percent of women who received false-positives from ultrasound testing then suffered from “at least one serious complication” resulting from further diagnostic testing.  The complications listed included blood clots, surgical injuries and infection.

Thanks to recent medical research and health publications, we now know that there are other factors that influence cancer’s development, and therefore may be able to mitigate cancer’s effects or prevent the disease altogether.

Dr. H. Gilbert Welch, professor of medicine at the Dartmouth Institute for Health Policy and Clinical Practice says that many aspects of the current medical model has been “transformed into a high-tech search for early disease” versus promoting preventative healthcare.

What is health anyway?  Is it a mere absence of disease?  Should one only take care of themselves physically, mentally and emotionally after a disease develops?  We must promote “health care” and not just “disease care”.

While early diagnosis benefits some, it is not the only route toward health. “For years now, people have been encouraged to look to medical care as the way to make them healthy,” Welch said. “But that’s your job—you can’t contract that out.”

Cory Couillard is an international healthcare speaker and columnist for numerous newspapers, magazines, websites and publications throughout the world. He works in collaboration with the World Health Organization's goals of disease prevention and global healthcare education. Views do not necessarily reflect endorsement.