How safe is your food? 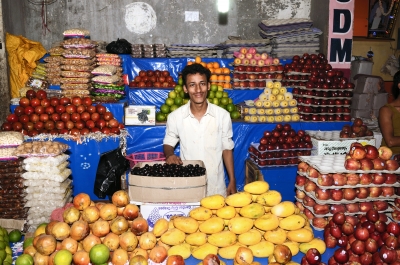 Food safety and security has become a major concern for consumers. As consumers, we trust the food that we eat is safe, disease-free and contains the nutrients stated on the food label or packaging. We trust that the growth, processing and delivery of the food stuffs to be healthy and does not pose any short or long-term health consequences.

Endangering food practices in the recent past have made consumers aware that their life and health are in the hands of food packaging plants and commercialized businesses that may or may not have your best interest as their first priority.

What is food security?

The concept of food security encompasses both physical and economic access to food that meets people's dietary needs in a safe and effective manner. In many countries, health problems related to poor dietary standards are an ever increasing threat. In fact, food induced malnutrition and foodborne diarrhea are become a significant health burden.

Food security is built on three pillars according to the World Health Organization (WHO):

Food availability: sufficient quantities of food available on a consistent basis.
Food access: having sufficient resources to obtain appropriate foods for a nutritious diet.
Food use: appropriate use based on knowledge of basic nutrition and care, as well as adequate water and sanitation.

Food security is a complex issue as the production, distribution and consumption of food stuffs require an integrated role of all parties involved. It is complicated with the global economy and the changing environmental demands on agriculture and the use of lands.

Food security is really a misnomer. A better name may be food insecurity. Many farmers are no longer able to feed themselves let alone feed the rest of society. If the production of food is sufficient, society then relies on the delivery, transportation and processing of goods. It’s a complex problem.

The global food prices have hit record highs as the cost of production, distribution and processing have increased. The impact is global and it has sparked civil unrest and even inflation in an already challenged global economy.

The number one priority of food security is food availability regardless of climate change, changing dietary habits or increased demands based on population growth.

Without food, we starve and do not have a chance to be healthy. This places a significant burden on healthcare services as they are greatly underserved in many regions affected by poor food production and distribution.

Many of us have heard of the devastating health effects of Salmonella. Salmonella outbreaks have been seen in contaminated eggs, meats, vegetables, milk and even chocolate. The contamination commonly occurs in the processing and packaging of the food items.

The contamination often goes unnoticed until the food is in your home and being consumed. Symptoms of consuming Salmonella include fever, headache, nausea, vomiting, abdominal pain and diarrhea.

A less known but very common infection is from Campylobacter bacteria. The number of reported cases often exceeds the number of Salmonella outbreaks. This bacterium is commonly associated with raw milk, undercooked meats and contaminated drinking water.

There are both short and long-term health effects of the Campylobacter bacteria. Short-term effects include nausea, diarrhea, fever and severe abdominal pain. Up to 10 percent of short-term infections can lead to long-term, severe health conditions that affect the brain, spinal cord and nerves of the body.

E. coli is a prime example of a severe foodborne infection. It is known to cause intestinal bleeding and even death in at risk populations such as infants, children and the elderly.

Cholera is a severe condition and is a major public health threat in developing countries. In addition to the enormous person loss, it’s also a huge economic and societal burden. Symptoms of Cholera include abdominal pain, vomiting and profuse watery diarrhea. The vomiting and diarrhea will lead to severe dehydration and possibly death.
Contaminated water is the most common culprit for the transmission of Cholera. In addition to water, contaminated foods that have a great demand for water can be the vehicle of transmission. Examples may include rice, vegetables and various types of seafood.

Genetically modified foods are a prime example of bio-technology at work. They are developed to increase production efficiency that will ultimately lower the cost of production and improve overall food availability. But is it healthy?

The long-term safety of genetically modified foods is not fully known and they need to be carefully assessed. The assessment must look at the health benefits but also the negative health implications.

Crops are now being modified to resist insects and pests as well as fertilizers being used to maximize growth and production. Do we really know if they are safe?

The processing of food can remove allergens or toxins out of otherwise poisonous foods and make them edible. What happens if that system breaks down and those toxins remain even in trace amounts? Who is safe guarding this process?

Foods are now being fortified with essential nutrients, vitamins and minerals. This is a major public health advancement but is adding vitamins to highly processed junk-food the solution? Obviously eating foods that are natural and contain those nutrients is the best solution but that is a luxury that many under or malnourished individuals do not have.

You are what you eat

Antibiotics are used in the treatment of sick animals and antibiotics can even be added to animal feed. Although their use may not be widespread, they still impact the health of the consumer. Great concern has been raised about the transfer of antibiotic resistance to humans.

You are what you eat but you are also what you are exposed to. The local production of food is now impacting the world through the globalization food, the ease of international travel and environmental pollution by both intentional and unintentional man-made disasters.

We must take a comprehensive approach to ensure the safety of our food supply. The potential for disaster is a growing concern as the risk of contamination and outbreaks of foodborne diseases are at record levels. It’s not just the things that we can see but also the things that we cannot.

Clear policy, guidelines and compliance is needed as food safety and security is now an international public health threat. Everything in life has pros and cons; food safety is no different. We must assess the overall risks and benefits of how we view, manage and implement growth and safety of our food supply.

The bottom-line is that the population is growing and we need to ensure that there is enough safe food to properly nourish ourselves, our family and future generations.

Dr. Cory Couillard is an international healthcare speaker and columnist for numerous newspapers, magazines, websites and publications throughout the world. He works in collaboration with the World Health Organization's goals of disease prevention and global healthcare education. Views do not necessarily reflect endorsement.