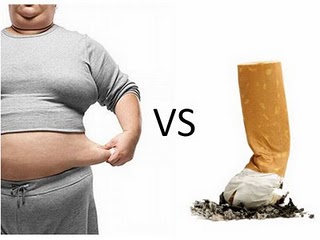 Cancer is one of the leading causes of death worldwide.  Statistics from the World Health Organization (WHO) show that cancer claims more than 7.6 million people annually.  The deadliest forms of cancer include breast, stomach, colon and liver.  One-third of all cancer cases can be prevented through improving one’s diet, exercise and lifestyle habits.

About 70% of all cancer deaths occur in low- to- middle-income countries. Deaths from cancer worldwide are projected to continue to rise to over 13.1 million by 2030.

Experts agree that prevention offers the most cost-effective, long-term strategy for the control of cancer.  One of the primary problems is that cancer commonly develops silently over time.  By the time that you’re aware that you have cancer -- it’s commonly too late.

Apply the following to reduce your risk and take proactive steps to prevent cancer.

Cigarette smoking is still very common despite the known hazards to one’s health. There is a direct relationship between the amount of cigarettes smoked per day and the risk of developing cancer.

Tobacco use is the single greatest avoidable risk factor for cancer mortality worldwide, causing an estimated 22% of cancer deaths per year according to the World Health Organization.

Tobacco smoking causes many types of cancer, including cancers of the lung, esophagus, larynx, mouth, throat, kidney, bladder, pancreas, stomach and cervix. About 70% of the lung cancer burden can be attributed to smoking alone. Second-hand smoke has been proven to cause lung cancer in non-smoking adults.

Cigarette smoke contains over 4,000 chemicals, including 43 known cancer-causing compounds and 400 other toxins. The toxins include but are not limited to nicotine, tar, carbon monoxide, formaldehyde, ammonia, hydrogen cyanide, arsenic, and DDT.

Nicotine is highly addictive. Smoke containing nicotine is inhaled into the lungs, and the nicotine reaches your brain in just six seconds. As a cigarette is smoked, carbon monoxide makes it harder for red blood cells to carry oxygen throughout the body. Oxygen is a critical element in preventing the development of cancer.

Obesity is a strong indicator of cancer risk.  It has been linked to the increase of esophagus, breast, colon, kidney, pancreas, thyroid and gall bladder cancers.  Individuals who are overweight also suffer higher rates of heart disease, diabetes, stroke and high blood pressure.

The following are several mechanisms have linked obesity to the development of cancer:

Up to one in six deaths can be linked to physical inactivity according to a recent study published in The Lancet.  Dr. I-Min Lee, the lead researcher from Harvard Medical School said “only about one quarter of the world’s population smoke but about two thirds are inactive.”

It is recommended to exercise daily.  The easiest form of exercise is to go for a 15 -30 minute walk.  It will increase your heart rate, reduce inflammation, balance hormones and increase oxygen consumption in your body – all good for preventing cancer.

What you eat—and don’t eat—has a powerful effect on your health, including your risk of cancer. Without knowing it, you may be eating many foods that fuel cancer, while neglecting the powerful foods and nutrients that can protect you. If you change your diet and behaviors, you can minimize your risk of cancer.

Eat fiber.  Fiber is found in fruits, vegetables, and whole grains. It plays a significant role in keeping your digestive system clean, healthy and regular. There is no fiber in meat, dairy, sugar, white bread, white rice or pastries.

Simple ways to add more fiber to your diet:

Alcohol Can Cause Cancer


Studies now demonstrate the damaging effects of alcohol on hormones of the body. Weight gain, diabetes and cancer are commonly associated with hormones. Alcohol has been found to decrease testosterone in men and increase levels of cortisol.


Science is now showing that cancer is associated with one’s exposure to viruses.  Infectious agents are responsible for almost 22% of cancer deaths in the developing world and 6% in industrialized countries according to WHO.


Hepatitis B virus is transmitted by contact with blood or body fluids of an infected person.  Many people are unaware that hepatitis B is 50 to 100 times more infectious than HIV.
The main ways of getting infected with Hepatitis B are:


Genital human papillomavirus (also called HPV) is the most common sexually transmitted infection (STI). HPV is also the leading cause of cervical cancer in women.   There are more than 40 HPV types that can infect the genital areas of males and females.

The most effective way to prevent exposure to HPV, HIV and hepatitis is to practice safe sex or abstain from sex until after marriage.

Cancer is a serious health condition but your daily choices impact your overall health.  You can significantly reduce your risk by taking proactive steps to prevent cancer.   Don’t wait until it is too late, act now!


Dr. Cory Couillard is an international healthcare speaker and columnist for numerous newspapers, magazines, websites and publications throughout the world. He works in collaboration with the World Health Organization's goals of disease prevention and global healthcare education. Views do not necessarily reflect endorsement.