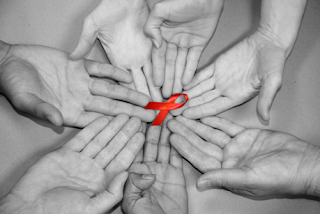 International AIDS specialists gather in Washington, DC to develop a road map for continued research and to find a cure for HIV.  Over 25,000 scientists, activists, people living with HIV and other important policy makers refocus on a strategic plan of action to end the un-needed suffering.

“Scientific breakthroughs have opened exciting opportunities for prevention as well as treatment.  But these opportunities are tempered by the demands of sustainability” said Dr. Margaret Chan, Director-General, WHO.

The International AIDS Conference will help assess where we are, evaluate recent scientific developments and lessons learnt, and collectively chart a course forward according to World Health Organization (WHO) officials.

In 2011, a study by the HIV Prevention Trials Networks showed antiretrovirals (ARV’s) cut the transmission of HIV by 96 percent within couples where one partner is HIV-positive and the other is not.

“When people take antiretrovirals, the amount of HIV in their body is decreased, making them much less likely to pass the virus to others,” says Dr. Gottfried Hirnschall, Director of the HIV Department at WHO. “If we can get, and keep, more people on treatment, and reduce their virus levels, we can reduce the number of new people who are infected.”

Strategic use of ARV’s

“Every year, more than a million more people in low- and middle-income countries start taking antiretroviral drugs,” said Dr Margaret Chan, Director-General, WHO. “But for every person who starts treatment, another two are newly infected.

WHO’s advice on strategic use of ARV’s:

•              New treatment guidelines for people with HIV who have uninfected partners.  Up to 50 percent of HIV-positive people in on-going relationships are estimated to have HIV-negative partners.
•              A recommendation to consider modifying current practices to prevent mother-to-child transmission of HIV. Malawi, for example, now offers ARVs to all HIV positive pregnant women to reduce the risk of transmission to their children and partner.
•              WHO currently recommends that people diagnosed with HIV start taking ARVs when the strength of their immune system drops to a CD4+ count of 350 cells/mm3 or lower.

How is HIV transmitted?

A person who has HIV carries the virus in body fluids such as blood, semen, vaginal secretions, and breast milk. The virus can be transmitted only if HIV-infected fluids enter the bloodstream of another person.

HIV can be transmitted in three ways

HIV transmission can occur during pregnancy, childbirth and breast-feeding.  Consult with your doctor immediately if you suspect that you are pregnant.  Active steps can significantly reduce the risk of transmitting HIV to the unborn child.  As HIV is transmitted through breast milk, mothers are counseled to not breast-feed.

Tattoos and piercings also increase the risk of transmission.  Studies have shown that HIV can survive in used needles for a month or more.

How is HIV not transmitted?

HIV is not transmitted through food, air or general contact.  A person cannot get HIV through re-using washed eating utensils, toilet seats, bathroom sinks, shaking hands or even hugging.

Sweat, tears, vomit, feces and urine can contain HIV but are the least likely mechanisms of transmission.  Insects and mosquitoes are not able to transmit HIV.

How can I reduce my risk?

If you are sexually active, protect yourself against HIV by practicing safer sex. Whenever you have sex, use a condom.  When used properly and consistently, condoms are extremely effective. But remember:

How can I prevent HIV related weight loss?

Sex education is about developing young people’s skills to make informed decisions about their behaviors.  The purpose is to create a confident and knowledgeable younger generation that takes responsibility for their actions.  It is not meant to encourage or condemn individuals or their choices.

Sex education brings about awareness of the significant health risk and negative impact that HIV/AIDS has on one’s family, community and country.  It helps to equip young people with the skills needed to differentiate between accurate and inaccurate information regarding the condition.  It also allows for cultural discussion on the moral and social perspectives on sex.

Attitudes and beliefs contributes to HIV

One of the problems young people are exposed to is the wide range of attitudes and beliefs in relation to sex.  For example, health messages that emphasize the risks and dangers in comparison to the media that promotes sexual activity.

People commonly do not like to be told what to do.  They want to make their own decisions and only presenting one side of the story is not helping the individual make an informed decision.  Many times people are looking to others to make the changes or improvements that are needed, but in reality it is up to the person.  The choices that we make collectively are the health of this nation.

If you have ever thought “we need a better educational program”, that could be your calling to make a difference.  Become the educational program that we need.  We cannot wait for others to do it.  You may think you do not have the education or the resources to do such a program -- become a leader without a title.  One person is not going to improve our health status; it’s the group of people that work in unity.


Dr. Cory Couillard is an international healthcare speaker and columnist for numerous newspapers, magazines, websites and publications throughout the world. He works in collaboration with the World Health Organization's goals of disease prevention and global healthcare education. Views do not necessarily reflect endorsement.